In Tentacle Town, you're building a new town and competing to become mayor – all while the town is attacked by giant tentacles! Gamers of all ages will enjoy Tentacle Town. Games usually take 45-60 minutes, so it's easy to fit in a game.

Tentacle Town introduces new gamers to a variety of board game mechanics: action selection, resource management, engine building, and area control - all with plenty of strategy for veteran gamers!  Different Task cards can be combined in over 1,000 ways to make sure each game brings a new strategic challenge (or leave 'em in the box for an even easier to teach intro game).

Tentacle Town re-imagines worker placement: instead of claiming an action on, you’re putting a new resident to work completing tasks or building a new building - but that new resident doesn’t belong to you! Many of the tasks depend on how many residents are in the district or how many buildings you’ve built. Plus, the more residents a district has, the more fame the district is worth at the end of the game.

There isn’t a break in the action until the game ends. Your choices aren’t blocked by new residents, so the turns can keep going quickly with a minimum of frustration. Plus, you can spend gold to complete additional tasks, adding a layer of strategy to gameplay. 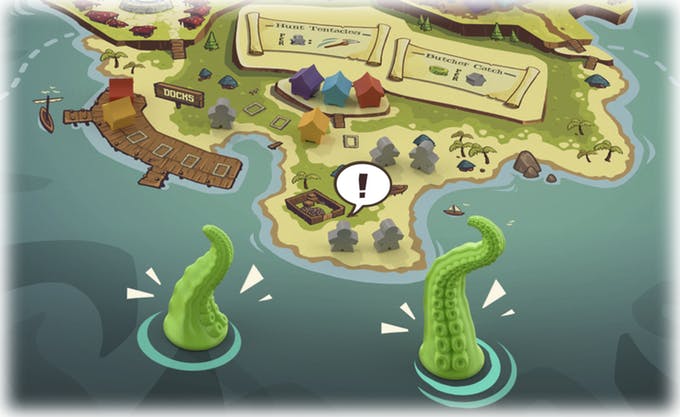 Attacking tentacles may kill residents, destroy buildings, spawn more tentacles, or cause residents to flee. But fear not! You can defend your new home with harpoons, or hunt tentacle from the docks! When you kill a tentacle, you both reduce the threat to the town and score yourself some sweet fame and (sweeter) calamari!

The end of the game is also exciting: Whenever the Tentacles kill someone, the next player gets one more turn – so you never know exactly when the game is going to end. 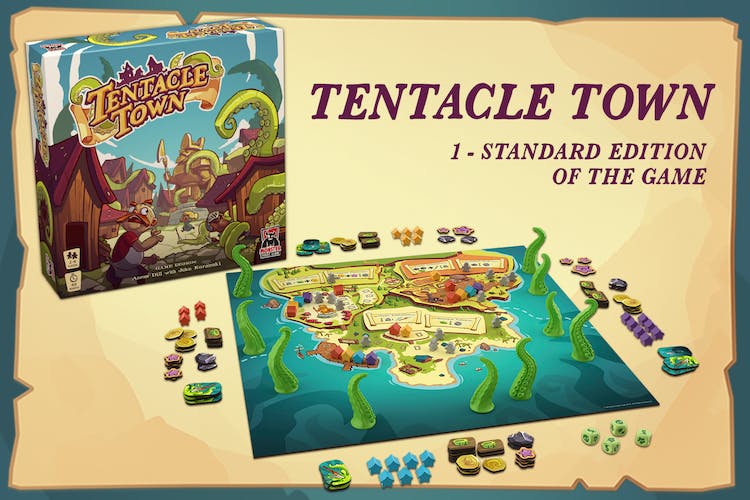 A copy of Tentacle Town and all unlocked game stretch goals, including the Dirty Deed Task Cards, Boats, Steve the Meeple, Townscape Tokens, and Opportunity Cards! 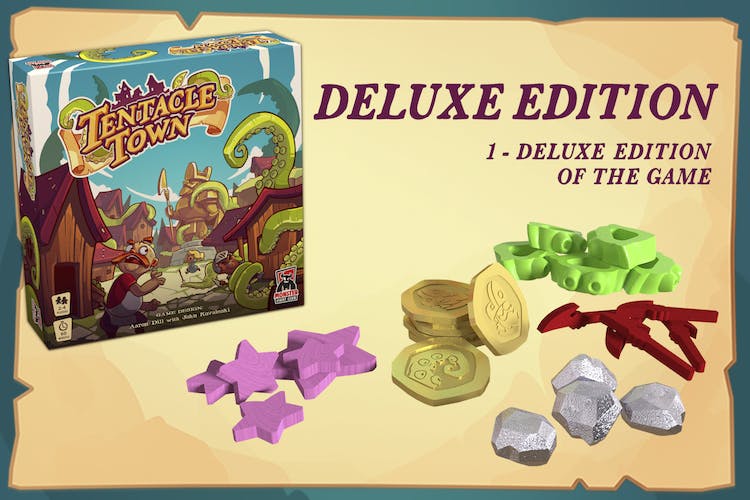 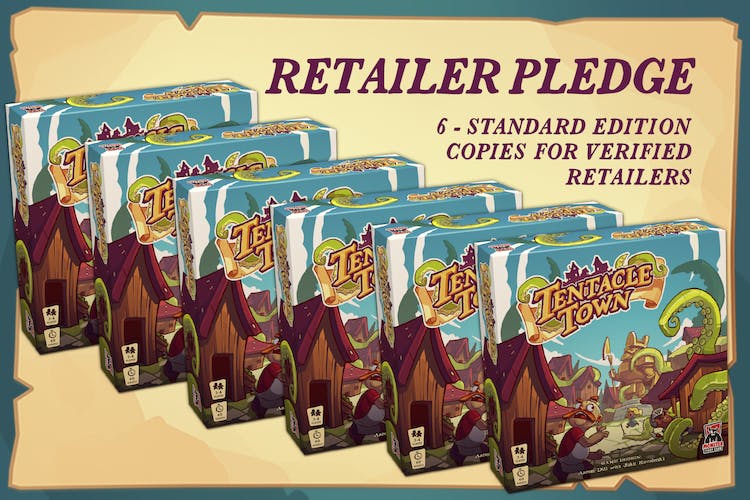 Retailers will have an option to upgrade to deluxe editions in the pledge manager.

After pledging we will contact you for verification of your store status.

Pre-Order $150
Did you miss or lose the link to complete your Survey? Retrieve it here