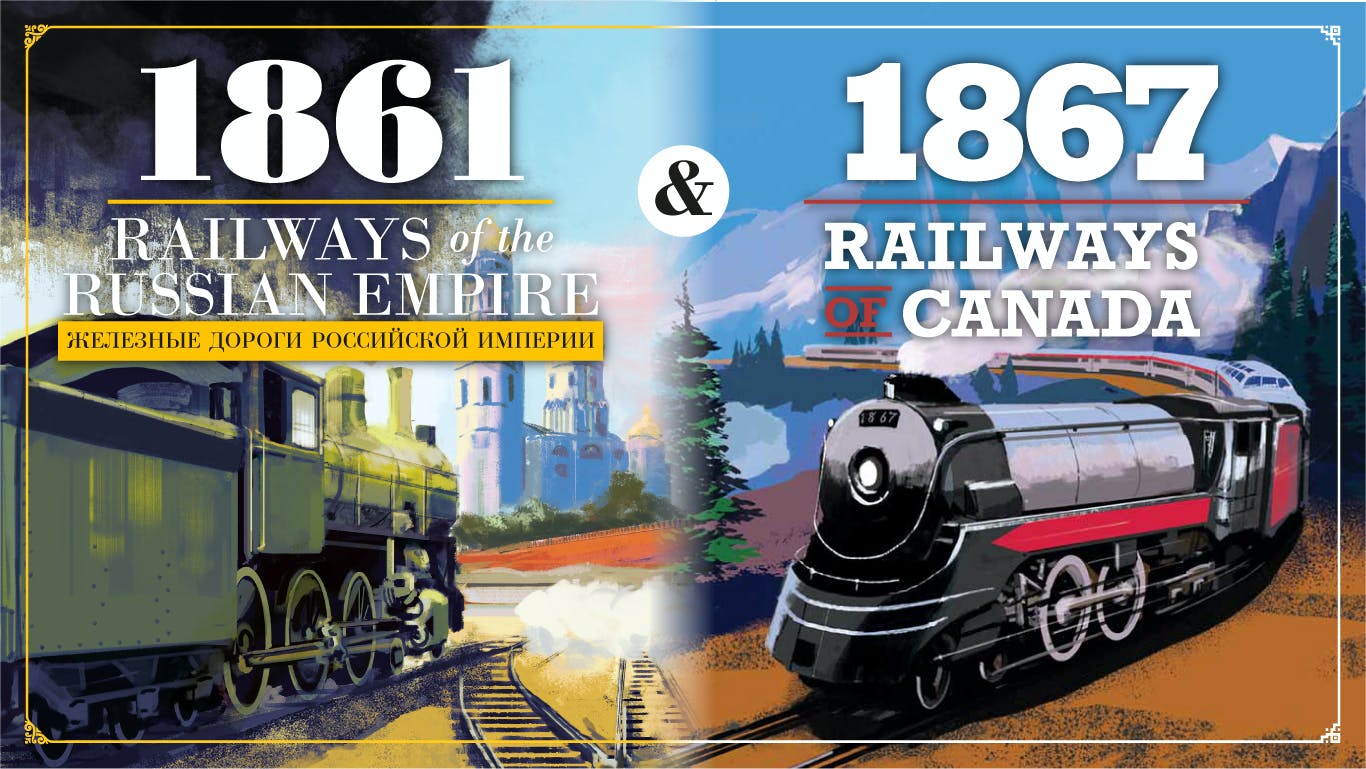 1861: Russia / 1867:Canada -- Use this pre-order page if you were not part of the Kickstarter. Kickstarter backers will be able to change their pledge in their survey.

If you participated in the Kickstarter do not use this page!!!

You will be able to adjust your pledge level when I send out the surveys. 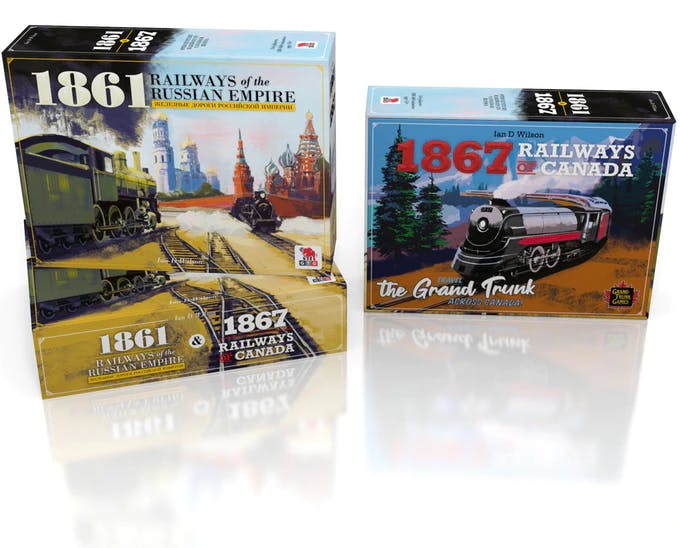 Two games in one box!

It is the middle of the nineteenth century and the age of steam is well underway. The Russian and Canadian governments, eager to capitalize on the new rail technology to bring together their vast countries, are sponsoring entrepreneurs to help build their railway networks. You are an investor, seeking to take advantage of their generous offer to make your fortune. However, your governments are not as benevolent as you first thought. They have begun to absorb fledgling rail companies, taking them away from those who worked so hard to build them by regulating impossible standards for new technology. You will have to remain diligent to ensure you are not next. 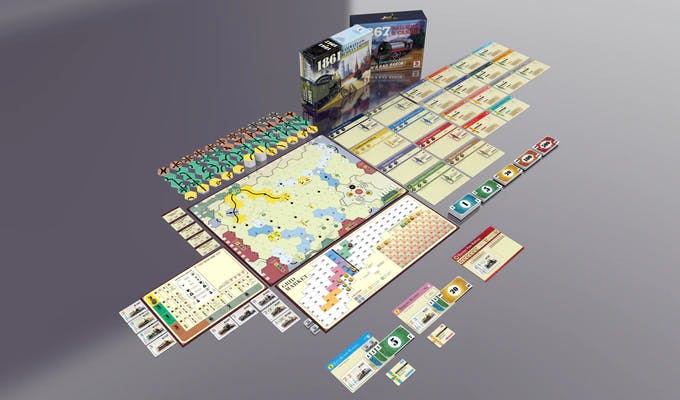 In 2005, Ian D. Wilson released 1861: Railways of the Russian Empire inspired by the railway development of Russia. In 2015, he released 1867: Railways of Canada, which is a standalone game that uses 1861's core rules on a different map with a handful of variations to gameplay. Both are classic examples of the versatile 18xx system of train games. They are straightforward enough to be your 1st 18xx game while still offering the depth you want in your 100th game.

Update: A new BGG entry has been created combining 1861/1867. You can get a closer look at the WIP components there! Click here to see the new entry.

1861 and 1867 are perfect as weeknight games as they can usually be played by 3 - 6 experienced players in 3 hours. The games are staples at 18xx gaming conventions often as a palate cleanser after playing a longer title. What makes 1861/1867 in particular great entry points into the 18xx system is that the two games introduce the different game mechanics in phases. The beginning of a game only has Minor Companies running relatively simple operations and as the game progresses, new mechanisms like Merger Rounds and the National Railway are introduced. They are great games to learn, have a steady but ever increasing trajectory and speed, and pack enough of a wallop to keep players returning to them time and time again.

Below is a link to a draft version of the combined 1861/1867 rules. These rules are WIP and have not been formatted/organized for how they will be presented in the final rulebook. Some sections (like variant rules) are in draft form and have not yet been added to this draft. There will also be supplemental documents like a scripted teaching game and a "Learning to play" guide.

Below are draft rules for the 1861S variants. These are not final.

18xx is a game system that you may have heard of but may have not yet tried due to its reputation for being long and complex.

Many 18xx games however, are actually fairly straightforward, take 3-4 hours to play, and are absolutely fantastic gaming experiences. You play the role of an investor who starts, operates, and purchases shares of railroad companies. The railroad companies build their networks across the map and purchase trains that will be used to generate revenue and pay dividends to the companies’ stockholding investors. Company values are tracked on a stock market, which players will use when making their investment decisions. At the end of the game, a player's score is determined by the value of the shares and cash in their hands.

What makes 18xx games so compelling to play is how players are able to affect the game and each other with seemingly insignificant decisions. Since games typically have perfect information, the outcome of the game is completely driven by the actions of the players. 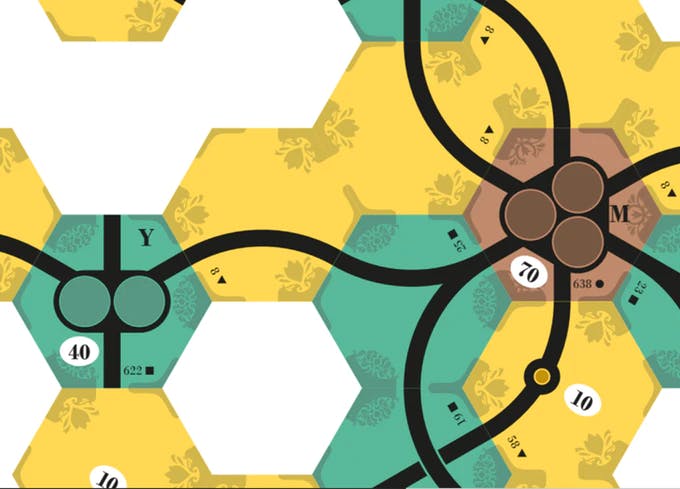 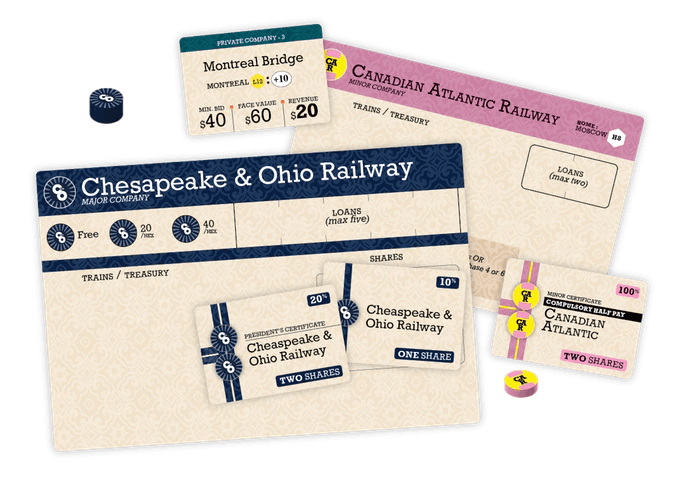 Shipping will be charged via pledge CrowdOx survey after the pre-order period ends. Shipping costs are not one-size fits all and the success of the campaign will play a role in how I approach shipping to some regions.

I am partnering with fulfillment services to get these games shipped cost-effectively to as many backers as possible. Games going to backers from the regions listed above will be shipped in bulk to fulfillment centers at my cost (including VAT).

Below are estimates for shipping of a single game. Actual shipping prices may vary. Each set of 4 games sent to one address will cost roughly twice as much as shipping one game.

There are some important conditions around eligibility that we will need to coordinate by email. Please send a note to me at josh@grandtrunkgames.com.

Grand Trunk Games was started to help make 18xx more available, affordable, and approachable. 18xx is a wonderful genre with deep and thought-provoking games. GTG is aiming to create new 18xx fans by increasing the availability, learnability, and aesthetics of 18xx games. We are dedicated to ensuring more folks have the opportunity to enjoy and appreciate 18xx as the amazing and versatile game system it is. 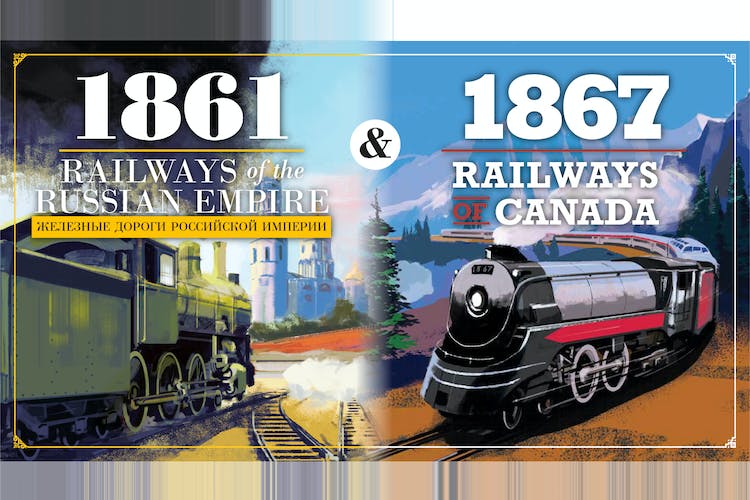 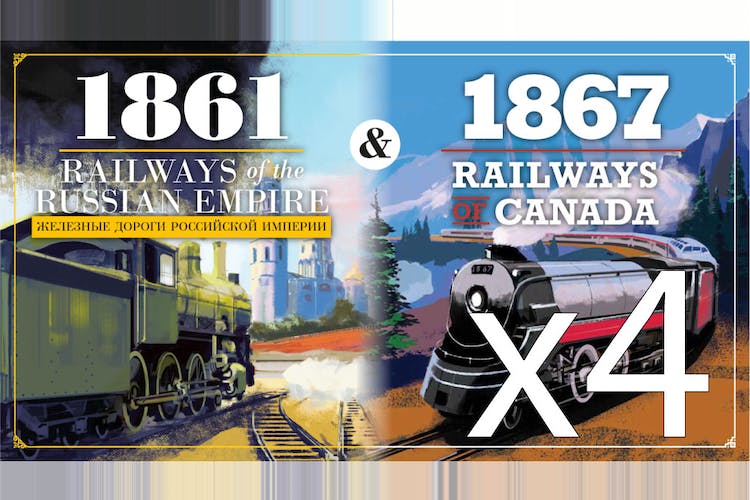 Receive 4 copies of 1861/1867 with all unlocked stretch goals with the option to add 4 extra sets of 98 tokens for $20. For fulfillment purposes, tokens are either added to each set of 4 games or not added. 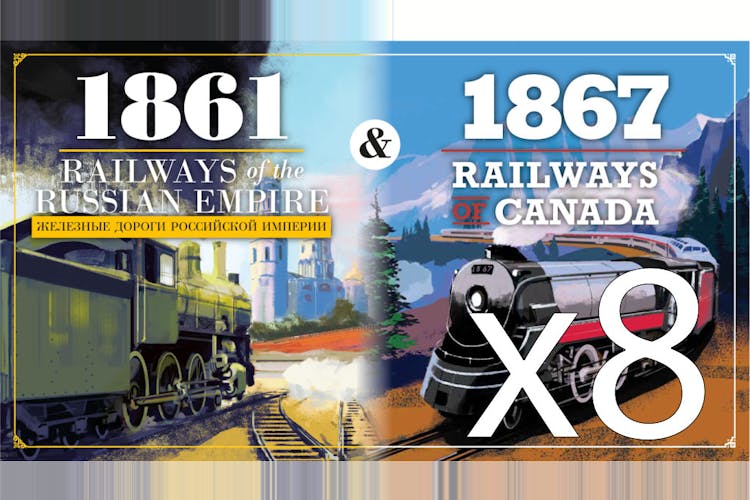 Receive 8 copies of 1861/1867 with all unlocked stretch goals with the option to add 4 extra sets of 98 tokens for $20 to each set of 4. For fulfillment purposes, tokens are either added to each set of 4 games or not added. 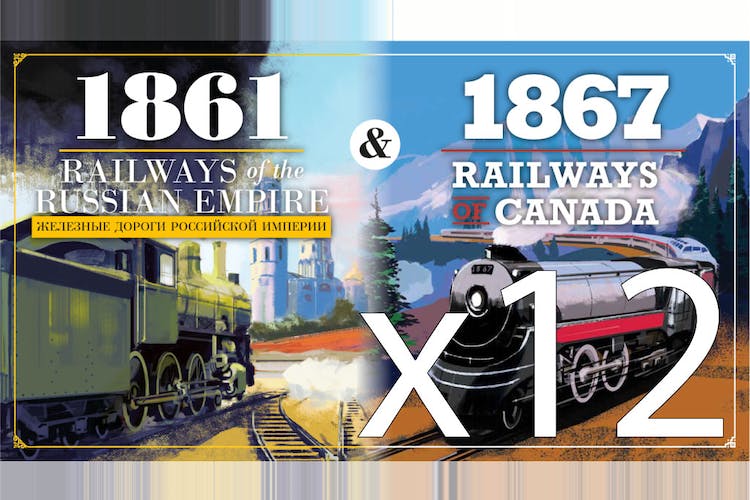 Receive 12 copies of 1861/1867 with all unlocked stretch goals with the option to add 4 extra sets of 98 tokens for $20 to each set of 4. For fulfillment purposes, tokens are either added to each set of 4 games or not added.

Pledge $750
Did you miss or lose the link to complete your Survey? Retrieve it here