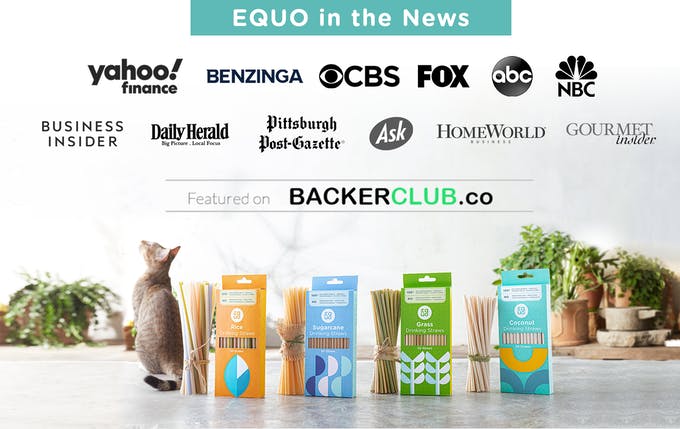 As a small and beautiful rural town in Vietnam, Ben Tre specializes in you-guessed-it, COCONUTS! It is the origin of one of the most delectable confections in the country, coconut candies.  Coconuts are in such abundance in the region that the locals have become experts in using nearly every part of the coconut; shells for fuel, oil for cosmetics and the juice for beverages! 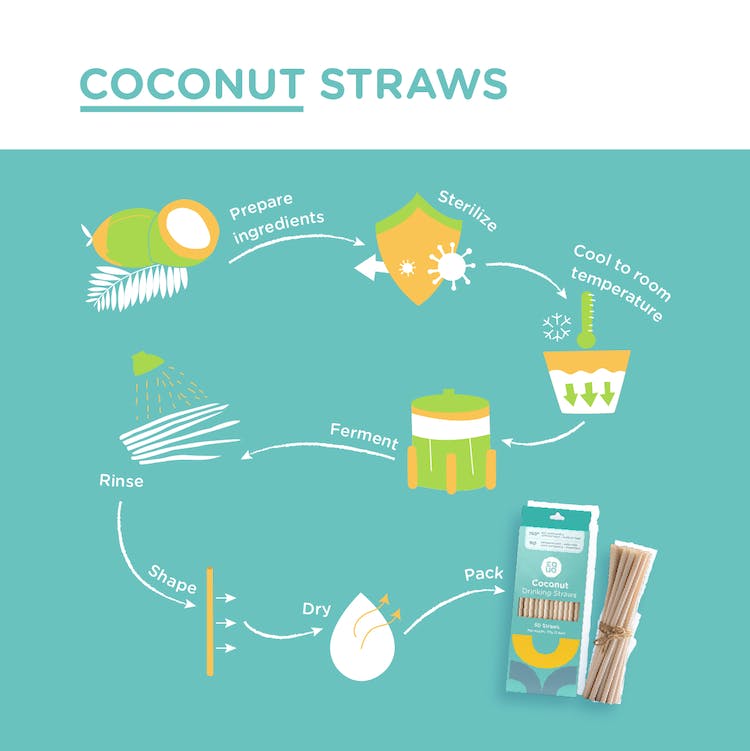 Dong Thap is famous for its diverse ecosystem full of rivers, channels and springs that are nearby the border that Vietnam shares with Cambodia. For most of the residents of this area, farming is not just a source of income, it is a way of life.  The region is the third largest rice paddy in the country! 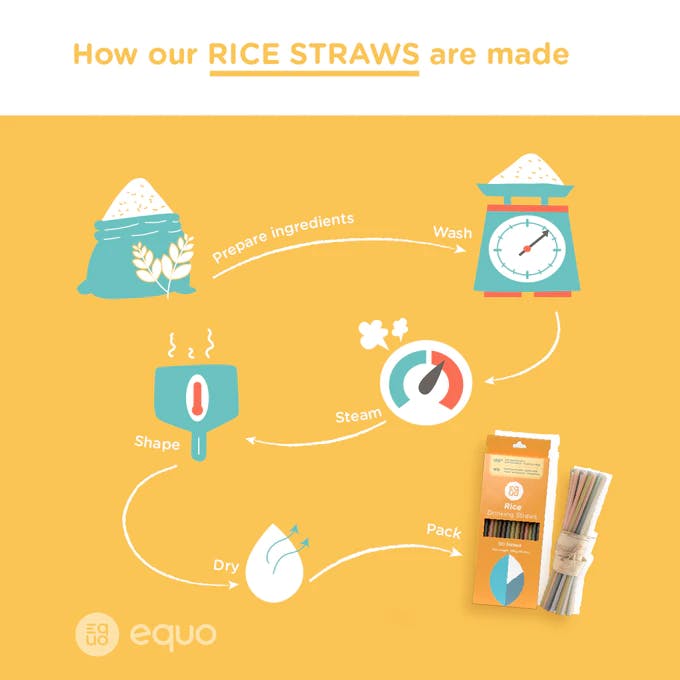 Grass from Long An, Vietnam

The region of Long An is famously known for the Floating Forest, a beautiful eco-tourism travel destination, and watermelon which is sweet, small and of course, long.  Like Dong Thap, it has a complex system of rivers and streams that make it a lush climate for farming and wildlife alike. Here, lepironia articulata, also known as grey sedge grass, is seen nearly everywhere! 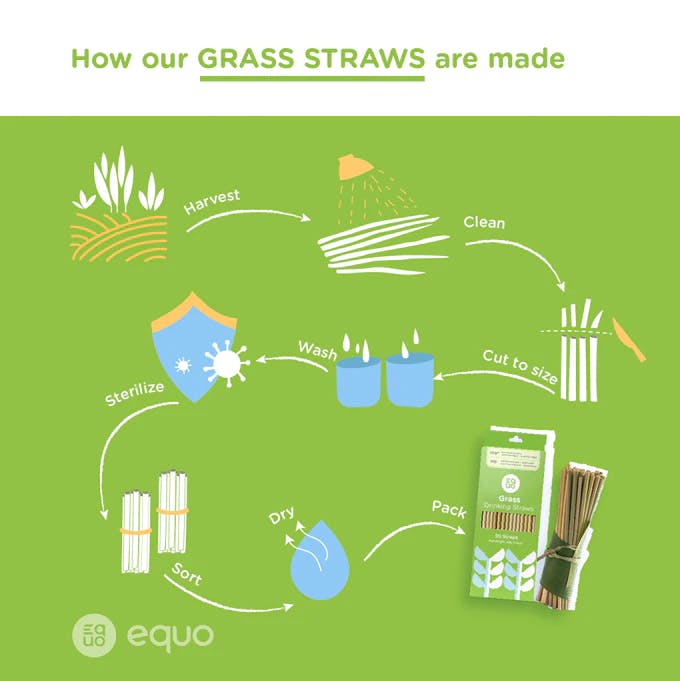 Originally a non-native crop introduced to the country, Sugarcane has adapted well for abundant growth in southern Taiwan’s climate and soil.  Today, sugar is now one of the most important exports for the region. 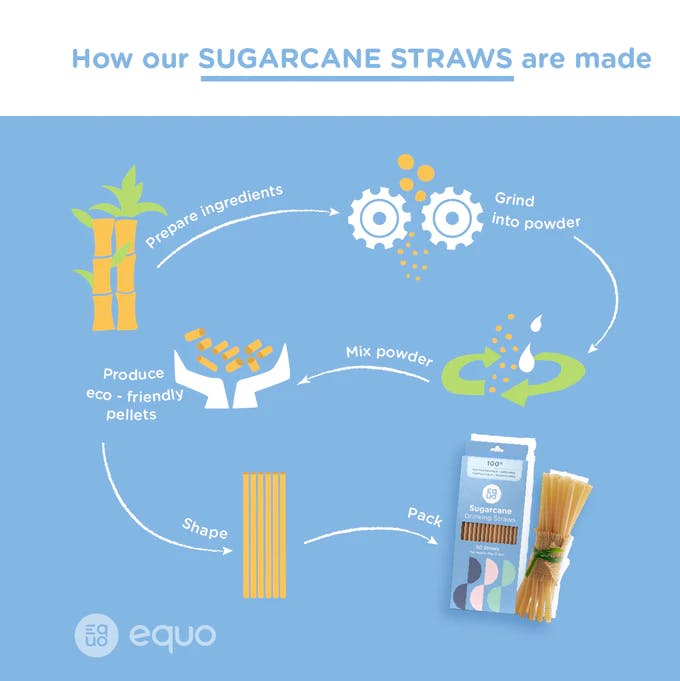 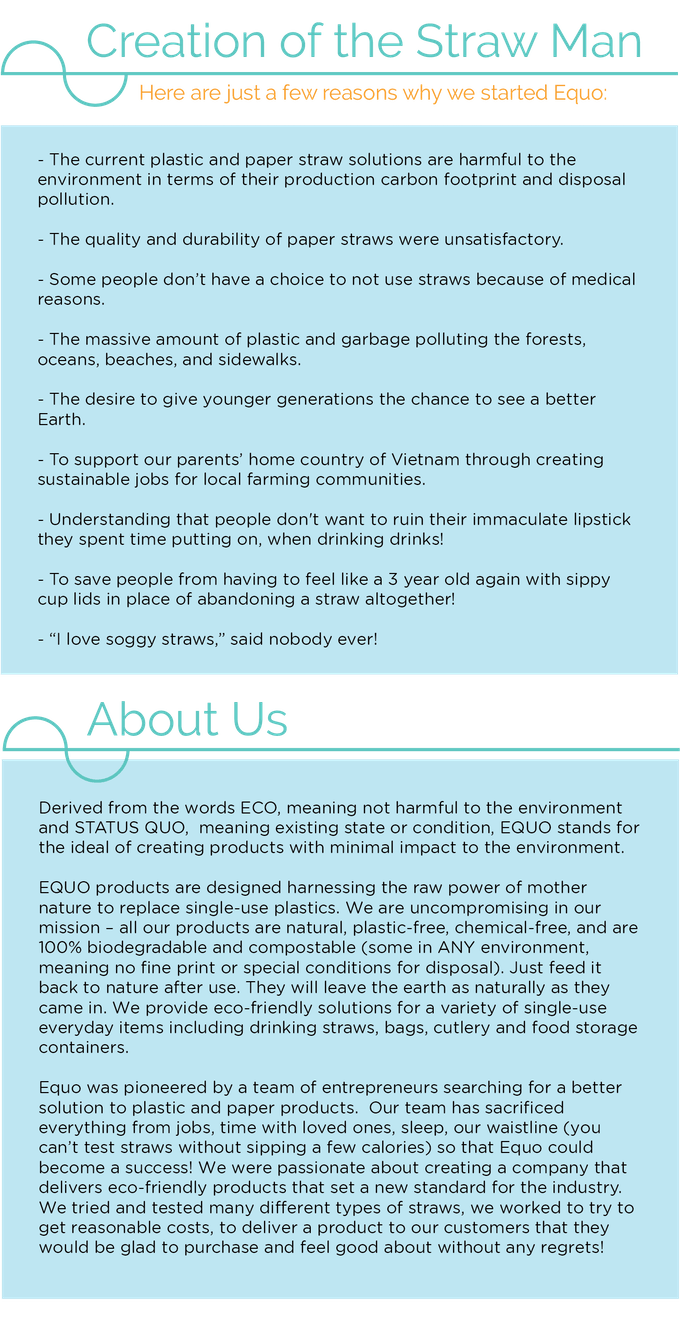 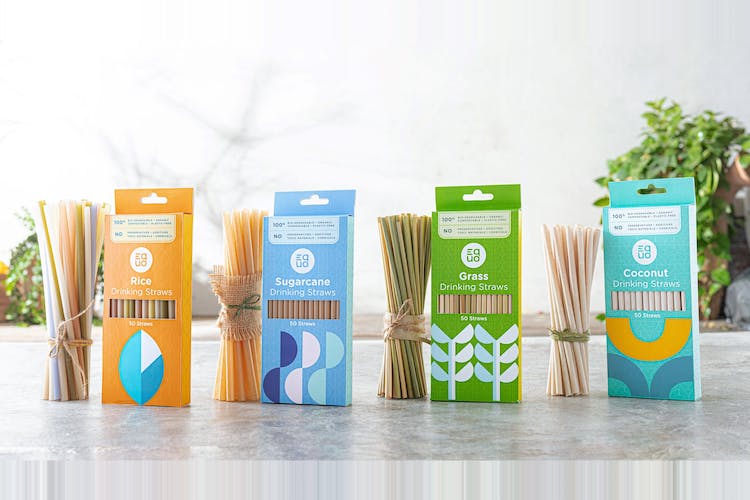 This order includes two boxes of 50 straws. You will be able to CHOOSE TWO different kinds of straws in standard size: Coconut, Rice, Sugarcane, Dried Grass.

We require a minimum order of two boxes to lower the cost of our straws per box and decrease the amount of shipping materials required. The price of shipping is included.

EQUO 4-pack of 50 Straws (One of Each: Coconut, Grass, Rice, Sugarcane)

This option includes four boxes of 50 straws each. You will receive a box of each of the following straw types in standard size: Coconut, Rice, Sugarcane, and Dried Grass. 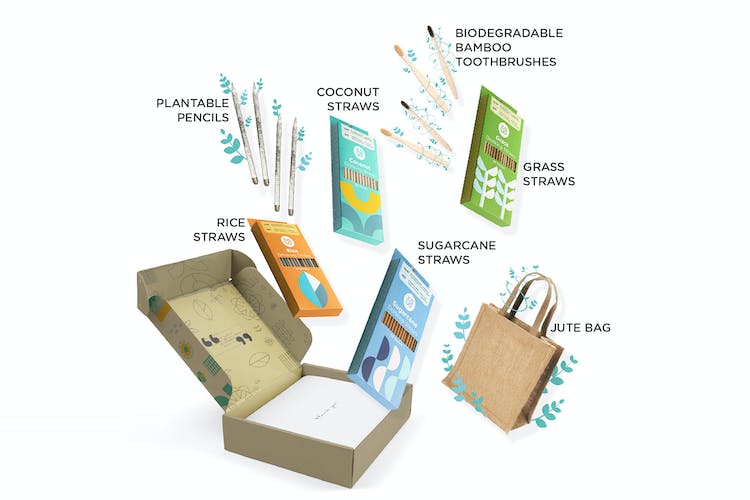 This option includes 4 boxes of 50 straws each in standard size, one of sugarcane, one of rice, one of coconut and one of dried grass. AND you will also receive a gift box with a "coming soon" innovation, including: One (1) Jute Bag, Four (4) Biodegradable Bamboo Toothbrushes and Four (4) Plantable Pencils. Shipping included in the price. 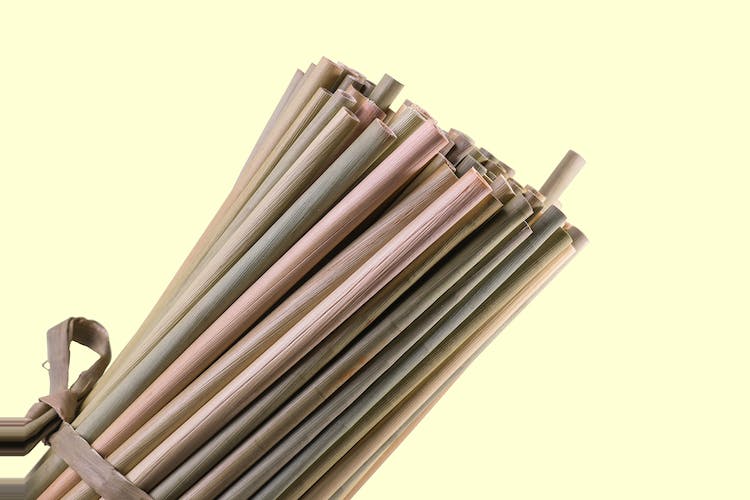 Receive 1,000 straws in one of our original straw materials in standard size: rice, sugarcane, or dried grass. Ideal for small business bulk orders.

Pledge $85
Did you miss or lose the link to complete your Survey? Retrieve it here