Pre-Order an A5 Standard or B6 Pygmy Hippo Noto Here!
We also have many add-on/collaboration items we hope you’ll love! 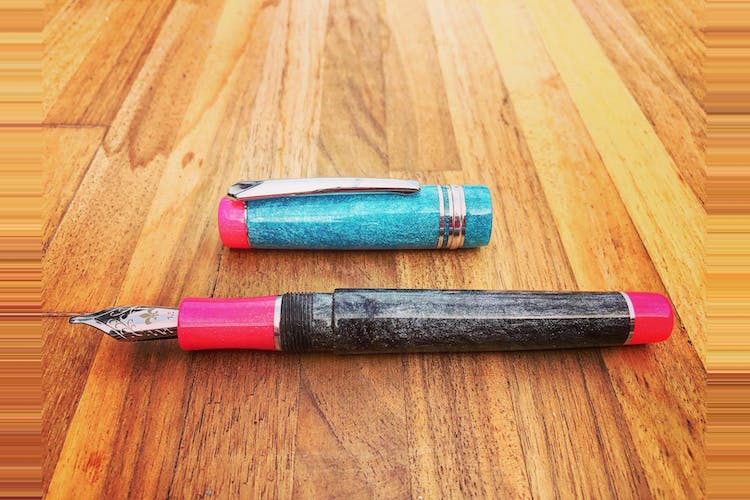 You will have your choice of standard steel nibs. 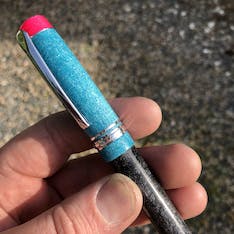 This pen was designed with the original Kickstarter Stretch Goal colors in mind.  Grey/Magenta and Grey/Turquoise.  This pen dazzles, as it is made with Diamond Cast blanks by McKenzie Penworks.

Fun Fact!  Diamond Cash Blanks were given their name because real diamonds are used in their creation!  The shine speaks for itself.

Each pen will be numbered and come with your choice of nib.  The nib will be tuned by Chet Herbert before being packed in a custom Rickshaw Bags pen sleeve.