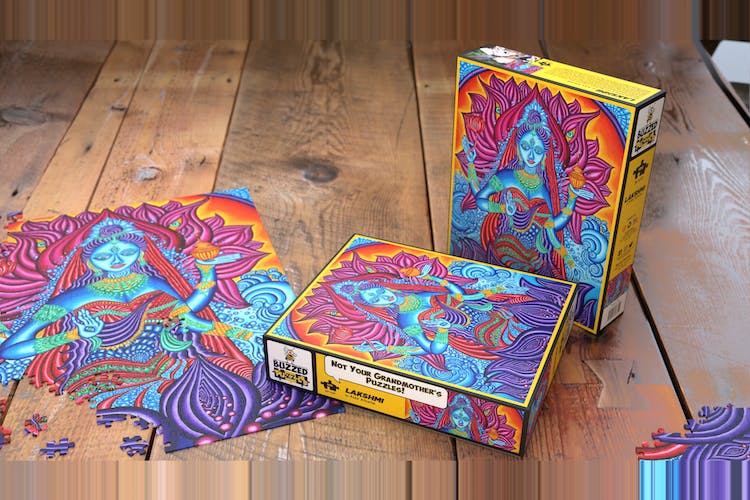 Get down with the hand-painted, neon psychedelic wizardry of artist Alex Aliume. Lakshmi will bend your mind! 1,000 pieces. Receive one Lakshmi puzzle. 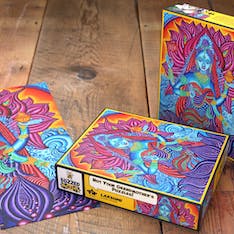 Alex Aliume Art title Lakshmi
Web: Aliumeart.com
IG: @aliumeart"
Born in the Ukraine in 1993, Alex Aliume painted from early childhood with his first inspiration coming at the age of six from his grandfather’s book about “Sorcery" which he was using to learn how to read. This quickly became a door to his cosmic future and his interest in studying different esoteric doctrines from numerology to magical practices. After studying at the Aerospace University in Kharkiv Ukraine, he decided to pursue psychology as a major but dropped out and left his native country due to many personal reasons and with a dream to come to the "big city" and pursue his art in New York.