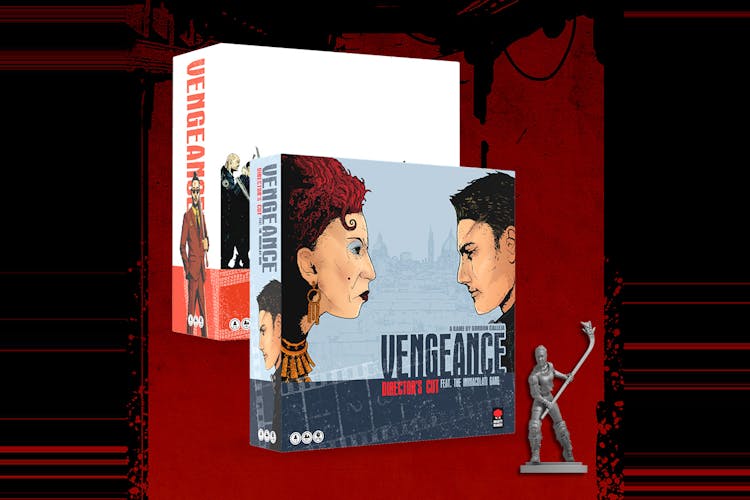 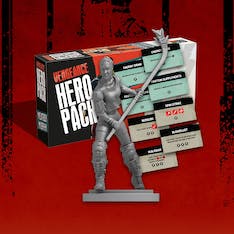 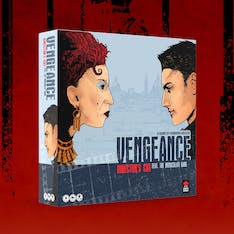 Vengeance: Director's Cut is an expansion to the base game that puts players in the shoes of the director of the revenge movie, changing scenes, swapping extras and activation enemies as the active hero attempts to take down the boss.

The expansion includes the brutal Immacolati game and a new Hero, Napoleone.

Director's Cut also adds to the narrative punch of the game, adding Hero Perks and Story Missions. Perks are new abilities that are specific to each Hero fitting their back-story. Story Missions relpace standard missions and give each Hero their own story-based goals in the game.

In shorts, it's one hell of a sequel! 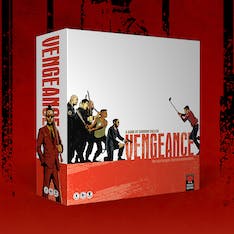 Vengeance is a revenge movie turned board game. You play a hero that has been beaten and bruised by gangs, out to exact revenge. You win by developing your hero, tracking down those who wronged you and bursting into their dens to lay your furious vengeance in action-packed fight sequences. Use your abilities to manipulate your dice into kick-arse combos to wipe out your nemesis, and possibly, their whole crew. Vengeance is a competitive game for 1 to 4 players containing over 81 beautifully sculpted miniatures.