Treasure Mountain
Dig deep but not too deep! 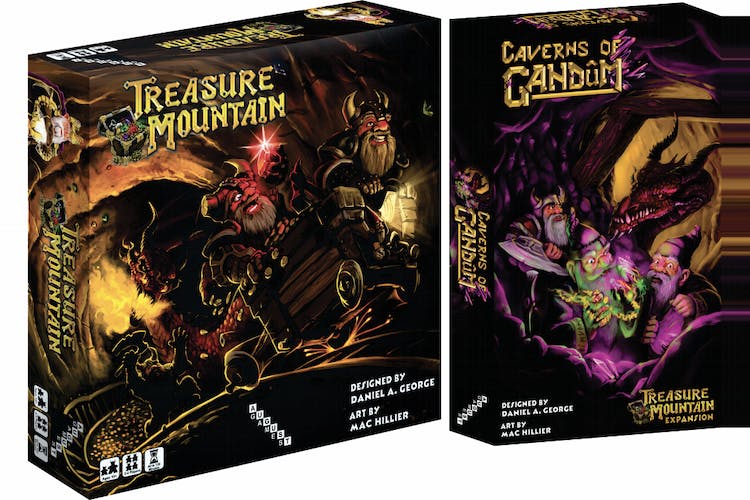 Treasure Mountain game and the Caverns of Gandûm expansion with all stretch goals (save $10). 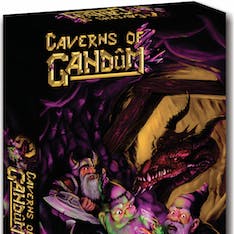 The Cavern of Gandum introduces two exciting new elements to Treasure Mountain: spells and the automa deck. It is recommended you become familiar with the base game before playing with this expansion.

Spells allow you to bend the rules of the game while placing dwarves, collecting resources, and fighting dragons. Spells are fueled with purple mana gems that are mined from new mine tile types or gathered in new spaces on the expansion board.
The automa decks add solo and enhanced two player experiences using dummy players. Dummy player actions are controlled using the automa decks. 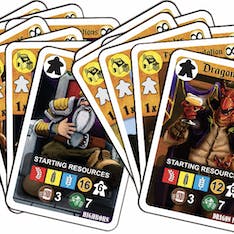 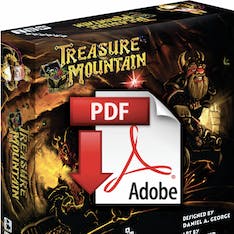 PDF files for Treasure Mountain, Caverns of Gandum and a base game eutoma deck 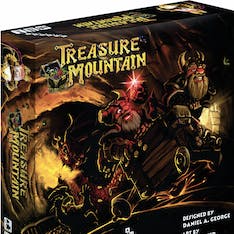 Your dwarf clan has been chosen by King Grimsteel to mine the vast riches buried within Treasure Mountain. You must dig deep, keep your axes close and beware of the pillaging dragons that plague the mountain in search of treasure.
Dwarf clans earn victory points by mining gems, earning gold, building mines, and fighting dragons. The clan with the most victory points at the end of the game gains the favor of King Grimsteel and wins the game.

Treasure Mountain is medium-light strategic worker placement game with a unique "bumping" mechanic that also creatively integrates some tile laying. With multiple paths to victory, which will you choose?