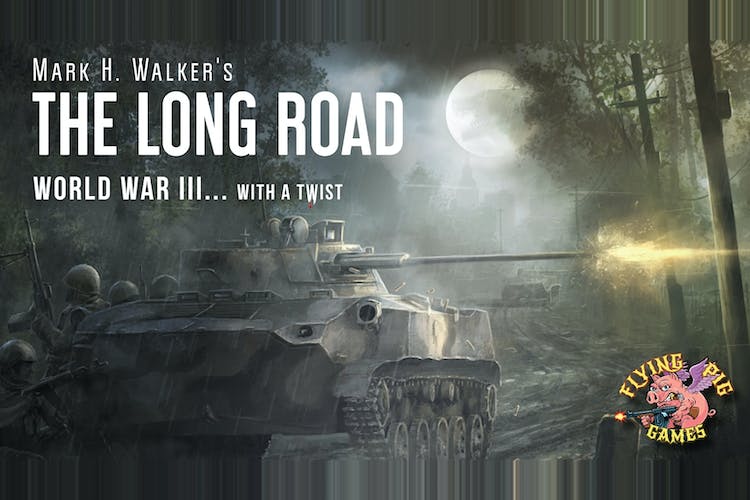 One copy of The Long Road, the Bundeswehr expansion, Fatherland, and all the stretch goals that we unlock. Additionally, you'll receive a paperback copy of Revelation and Retribution, the two Dark War novels on which The Long Road is based, both personally autographed my Mark H. Walker. FINALLY, you'll also receive a copy of Dark War Rebooted, the RPG and Skirmish game set in the Dark War universe. 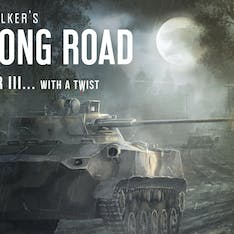 "World War III... with a twist? In short, it's a World War III-themed boardgame with paranormal elements.

Based on the fiction that I created in my Dark War novels: Revelation and Retribution, and expanded in the Dark War RPG and Skirmish Game, The Long Road depicts a Third World War sparked not by conflicting ideologies, but rather the back-stage maneuvering of paranormal entities with their own set of agendas. Agendas that are fleshed out in the game's 16 scenarios. 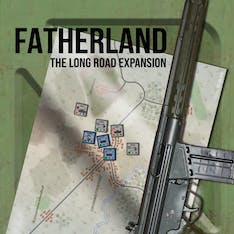 Fatherland is a complete, boxed expansion for The Long Road that brings the forces of the Bundeswehr, including their devastating Leopard I and Leopard II tanks, to the Long Road system. Additionally the expansion includes a new, mounted map board, a full sheet of counters, and six brand new scenarios. You must have a copy of The Long Road to play Fatherland. 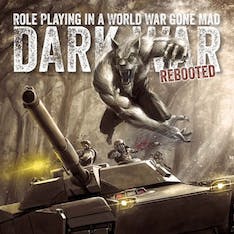 West Germany teeters on the brink of defeat. The American V Corps is all but crushed, and Soviet armored formations rush to the French border. That is, however, only the war that most see. There is another war, a Dark War, a war against and between the monsters of our nightmares: vampires, werewolves or lycan as they call themselves, demons, witches, and other paranormal entities. These entities have taken advantage of the reality-ripping destruction of WW3 to overtly seek that which they have covertly desired for centuries: human blood, fear, chaos. There aren’t platoons of vampires or battalions of zombies skirmishing American paratroopers. Don’t be silly, these beings don’t work like that, although lycan clans have been known to arm their younger hunters and ambush their enemies, paranormal or otherwise. The monsters work in the shadows, a vampire coven of six or seven methodically preying on a small village with a weakened police force, a witch birthing a cult to serve in her search for wealth or power, a demon reanimating the dead to revel in the terror they create. 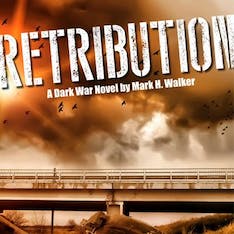 Mark Walker’s Dark War: a series set in the midst of World War III, thundering with authentic battles, screeching with the bone-chilling cries of the dark entities unleashed by the war’s massive bloodletting. It’s military horror at its best.  It’s Dark War: Retribution. 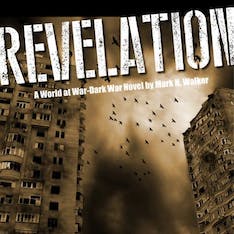 It’s the summer of 1985. Sergeant Matt Dahl is a tanker, dedicated to his crew and country.  Private Mike Hudson is an infantry grunt, dedicated only to himself. Colonel Michael Balakirev is a Russian paratrooper, dedicated to holding the Tanenhause Bridge. These men are among the hundreds of thousands of men and women embroiled in the Third World War, NATO’s struggle to stall the Soviet advance through West Germany.

Yet the unparalleled devastation wrought by the war has done more than slaughter untold thousands of soldiers, sailors, aviators, and civilians. The destruction has torn the fabric of our reality and beckoned things -- dark things, things that feed on blood and fear -- into the lives of these combatants. The Revelations of war go beyond the crack of tank cannon, or the burp of an M-16’s three-round burst. These soldiers of the Dark War will witness the chilling howl of a bloodthirsty Lycan, the shocking speed of an attacking vampire, and the implacable evil of an ancient demon.

Thousands of men, women, and machines battle across Germany. Can the Soviet horde be stopped? Can the evil that war has unleashed be contained? Revelation is the first in the Dark War series of novels, and a groundbreaking blend of gritty military realism and paranormal suspense. 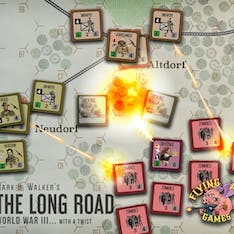 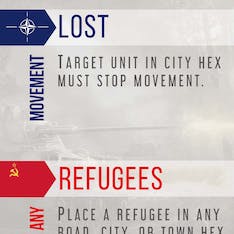 9 KICKSTARTER EXCLUSIVE Action Cards, such as Courage, Extra Ammunition, and Reinforcements, to name but a few.